The letter involves three pieces of legislation that will help evolve the infrastructure of the Oregon cannabis market.

TORONTO, Aug. 20, 2019 (GLOBE NEWSWIRE) — Golden Leaf Holdings Ltd. (“GLH” or the “Company”) (CSE:GLH) (OTCQB:GLDFF) today issued a letter to shareholders: Dear Golden Leaf Holdings Shareholder,I want to share some context regarding the recent (exciting!) news out of Oregon regarding the three pieces of legislation that will help evolve the infrastructure of the Oregon cannabis market.

The following will provide a brief overview of the new legislation signed by Governor Kate Brown, as well as what the legislation could mean for the future of Golden Leaf Holdings (CSE:GLH) (OTCQB:GLDFF), and its standing within the Oregon marketplace. Please note that this is only a summary of the new legislation. We encourage you to read the full legislative language.

On June 17th, Governor Brown signed two significant pieces of legislation relating to the cannabis industry that will help stabilize the Oregon marketplace and combat over-saturation of cannabis in the state.

H.B. 2098 was introduced in January 2019 with the intention of making a number of technical changes to the recreational cannabis statutes, including adding laboratory licenses to certain statutes, correcting citations and raising the maximum fine for violations of rules, up to $10,000. In addition, the measure gives the Oregon Liquor Control Commission (OLCC) the authority to revoke marijuana retailer licenses for failure to pay retail taxes or failure to file a return twice in any four consecutive quarters.

S.B. 582 authorizes the Governor to make agreements regarding coordination and enforcement of licensed marijuana-related businesses with other states and allows for the transportation and delivery of marijuana across state lines by authorized marijuana producers, wholesalers, and researchers. These agreements may only be made after federal law allows interstate transfer of cannabis, or the U.S. Department of Justice issues an opinion or memorandum allowing or tolerating the interstate transfer of cannabis.

What This Means for Golden Leaf Holdings

Enforcement of H.B. 2098 will go into effect starting January 2020, and its impact should be felt immediately as a large number of retailers in the state of Oregon meet the qualifications within the existing language of the law to have their licenses revoked. As the industry corrects itself and unauthorized operators are removed from the retail marketplace, Golden Leaf and its retail arm, Chalice Farms, stand to greatly benefit in terms of retail revenue and profits.It has long been known that the legal Oregon cannabis marketplace is oversaturated with cultivators. We applaud the Governor’s decision to place a moratorium on applications until January 2022. While the legislation will delay licensing for next wave of growers, it will provide much needed relief to current operators. In addition, this legislation should curb other harms to the legal market caused by oversupply including the illicit transfer of legal cannabis into the black market.While interstate commerce and exportation of cannabis is still likely several years away due to federal regulations, we believe that in the long-term this legislation should have a positive effect on the premium flower market. Golden Leaf and Chalice Farms have spent the last decade perfecting our strain genetics as well as our cultivation and manufacturing processes. As the interstate, connoisseur market develops across state lines, Golden Leaf is in prime position to serve customers in all states with premium cannabis flower.If you have any further questions regarding the Oregon legislation and how it will impact the future of Golden Leaf, please email [email protected]. Sincerely, John Varghese, Interim Chief Executive Officer Golden Leaf Holdings. 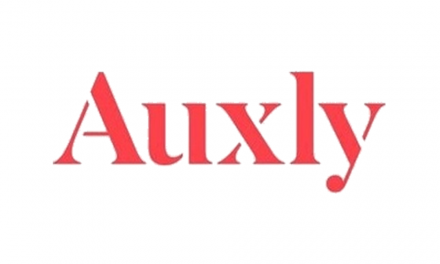 Puration, Inc. Joins The Stock Day Podcast to Discuss Their Expansion Into The CBD Beverage Industry