Reported Record Quarterly Revenue of US$3.7 millionTORONTO, Aug. 29, 2018 (GLOBE NEWSWIRE) — Golden Leaf Holdings Ltd. (“Golden Leaf” or the “Company”) (CSE:GLH) (OTCQB:GLDFF), a cannabis company with cultivation, production and retail operations built around recognized brands, today announced financial results for the fiscal second quarter ended June 30, 2018, and a general business update.Recent Business and Financial HighlightsRecord quarterly revenues of US$3.7 million for Q2 2018, compared to US$2.1 million for Q2 2017Opened Chalice Farms dispensary, located in Happy Valley, OregonSigned letter of intent to acquire cannabis dispensary operation in Northern CaliforniaSigned letter of intent to acquire two large cannabis cultivation facilities, one in Northern Nevada and another in Northern California Hired Ryan Purdy as Vice President of OperationsAppointed Rick Miller to Board of Directors and to serve as its ChairAnnounced election of John Varghese and Michael Crooke to the Board of DirectorsSubsequent Events:    Announced definitive agreement to acquire “Sweet 16” license in Northern CaliforniaAnnounced definitive agreement to acquire Tahoe Hydroponics Company and 11T CorpIntroduced several cannabis concentrate product lines available in NevadaReceived license approval from City of Portland and State of Oregon for extraction facilityHarvested its first crops from Medical Marijuana Group (“MMG”), its Canadian subsidiary, with yields that were 30% greater than originally forecastedMr. William Simpson, Chief Executive Officer of Golden Leaf Holdings, commented, “We posted strong year-over-year revenue growth of 76% for the second quarter of 2018 to reach record revenues of US$3.7 million, primarily driven by the acquisition of our Chalice Farms retail operations, when compared to the second quarter of 2017. Adjusted EBITDA for the second quarter of 2018 was a loss of US$3.2M, primarily driven by transaction costs and corporate expenses. During the quarter, we opened our sixth Chalice Farms location in Happy Valley, Oregon, which is now our second highest-grossing Chalice Farms location.  In addition to retail operations, revenues from the Company’s medical consulting division, as well as its Nevada wholesale operations and sales of our new Fruit Chews line in Oregon, continued to support our top line growth.“We are strategically increasing our cultivation, wholesale and retail capabilities within our current and target markets to support the growing demand of the industry. With the impending legalization in Canada and the recent announcements to expand our presence in Nevada and enter the California market, we are focused on revenue growth and the responsible management of operating expenses on a per-share basis. Combining these efforts, our goal is to be cash-flow positive by the second half of 2019. Our work to build strong brands in key markets is central to the expansion of Golden Leaf, built on vertical integration where it is economically and operationally rational,” concluded Mr. Simpson.Q2 2018 Business OverviewOregon: Golden Leaf has state extraction and post-processing facilities and licenses to support its production of edibles and extracts products. In addition, it operates 7 licensed retail stores, 6 of which operate under the Chalice Farms brand. Its branded products are sold to both 3rd party retail stores on a wholesale basis, as well as directly through its 7 licensed retail stores. Currently, popular brands and products from other manufacturers are also procured and sold through the Company’s 7 licensed retail stores.

In the second quarter, the Company officially opened its new Chalice Farms dispensary in Happy Valley, its 7th store in Oregon.

Subsequent to the quarter, the Company’s Portland production facility received licensing approval from the Oregon Liquor Control Commission. Immediately after receiving the license, the Company initiated operation of the extraction equipment. Additionally, the commissioning of the Company’s cultivation facility in Bald Peak is expected before the end of calendar year 2018.

During the second quarter of 2018, the Company continued to ramp production of its new Fruit Chews edible line in Oregon, which launched in the first quarter.

Nevada: Golden Leaf has state cultivation and production/extraction licenses to support its production of edibles and extracts products. It sells its branded products through 3rd party retail stores on a wholesale basis, which are currently available in 30-40 retail stores across Nevada. The delivery of those products is facilitated by a distributor in Reno, Nevada.

On August 10, 2018, the Company signed a definitive agreement to acquire the assets of Tahoe Hydroponics Company and 11T Corp. (collectively “Tahoe”), following the signing of an LOI in May. With a fully-built ~21,600 ft2 facility in Carson City already producing ~4,000 pounds per annum, Tahoe brings material cultivation capacity to Golden Leaf’s Nevada operations.

The Company also plans to open retail dispensaries in Nevada and is in negotiations on several opportunities, all contingent on it receiving retail licenses.

The consideration for the acquisition of the assets of Tahoe consists of:

In early July, MMG harvested its first crops at its state-of-the-art grow facility in Ontario. The harvested crops, which had yields that were 30% greater than originally forecasted, mirrored yields from Canada’s premier cannabis companies. MMG has secured buyers to take delivery of the finished product once the Company receives its final sales license.

As of the end of the second quarter, MMGC had approximately 4,600 medical patients.

New management: In May, Ryan Purdy joined the team as Vice President of Operations to lead overall supply chain strategy and execution, including vendor selection, production planning, procurement and logistics.

Fiscal Second Quarter Ended June 30, 2018 Financial ResultsFor the quarter ended June 30, 2018 (“Q2 2018”), net revenue was US$3.7 million as compared to US$2.1 million for the same three-month period in 2017 (“Q2 2017”). The 76% year-over-year increase largely reflects the addition of the Chalice Farms retail revenue stream, the addition of the Company’s medical consulting revenues and the Company’s Nevada wholesale operations, offset slightly by declines in wholesale revenues in Oregon.Gross profit was US$940,000 or 26% of net revenue, for Q2 2018, compared with US$402,000 or 19% of net revenue in Q2 2017. Q2 2018 gross margins increased primarily due to the addition of gains on fair market value of biological assets from the Company’s cultivation subsidiary.Operating expenses were US$4.6 million USD for Q2 2018, compared with US$2.7 million in Q2 2017, which is largely attributable to the addition of the Chalice Farms retail business which was acquired in July 2017, and higher corporate costs.Adjusted EBITDA loss was US$3.2 million for Q2 2018, compared with a loss of US$1.9 million for Q2 2017, primarily as a result of increased transaction costs and corporate expenses within G&A. Adjusted EBITDA is defined by the Company as earnings before taxes, depreciation and amortization, less certain non-cash equity compensation expenses, including impairments, one-time transaction fees and all other non-cash items. The Company considers Adjusted EBITDA an important operational measure for the business.Net income for Q2 2018 was US$3.2 million or US$0.01 per share, compared with a net loss of US$1.7 million or $0.01 per share loss, for Q2 2017. Net income for Q2 2018 benefited from non-operating income of US$7.3 million related to favorable changes in the fair value of warrant and debt liabilities.As of June 30, 2018, the Company had approximately US$22.6 million in current assets, compared with US$11.6 million in current assets at December 31, 2017. The increase is largely because of the bought deal financing which was completed on January 31, 2018, in addition to proceeds from warrant exercises. Total assets increased to US$86.7 million at June 30, 2018, compared to US$75.8 million at December 31, 2017, also due primarily to the bought deal financing completed in January.Investor Conference CallGLH’s management, led by William Simpson, Chief Executive Officer, will hold a conference call at 4:30 PM ET today, Wednesday, August 29, 2018, to report its financial results for the second quarter ended June 30, 2018.The dial-in information for the conference call is as follows:Program Title: Golden Leaf Holdings Second Quarter 2018 Financial Results CallCanada & U.S.: (877) 423-9813
International: (201) 689-8573Participants must request the Golden Leaf Holdings Call.A live audio webcast will be available online on Golden Leaf’s website at goldenleafholdings.com, where it will be archived for one year.An audio replay of the conference call will be available through midnight September 12, 2018 by dialing +1 (844) 512-2921 from the U.S. or Canada, or +1 (412) 317-6671 from international locations, Conference ID: 13682739.To be added to the Golden Leaf email distribution list, please email [email protected] with ‘GLH’ in the subject line.About Golden Leaf HoldingsGolden Leaf Holdings Ltd. is a Canadian company operating in multiple jurisdictions, including Oregon, Nevada and Canada, with cultivation, production and retail operations built around recognized brands. Golden Leaf distributes its products through its branded Chalice Farms retail dispensaries, as well as through third party dispensaries. Golden Leaf’s cannabis retail operations and products are designed with the customer in mind, focused on superlative in-store experience and quality products. Visit http://goldenleafholdings.com/ to learn more.Investor Relations:
Phil Carlson
KCSA Strategic Communications
[email protected]
212-896-1220 / 212-896-1233 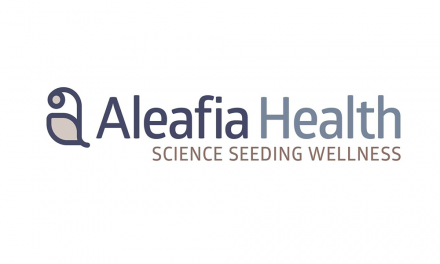