Kaya Holdings filed its Quarterly Report on Form 10-Q for the quarter ended March 31, 2019 with the Securities and Exchange Commission after the close of market.

FORT LAUDERDALE, Fla., May 22, 2019 (GLOBE NEWSWIRE) — Kaya Holdings, Inc. (OTCQB:KAYS), an integrated retailer and producer of legal medical and recreational cannabis, today announced that it had filed its Quarterly Report on Form 10-Q for the quarter ended March31, 2019 with the Securities and Exchange Commission after the close of market yesterday afternoon.

The Form 10-Q, which contains financial results for the three months ended March 31, 2019, may be viewed at www.sec.gov

KAYS also announced a number of business developments, including significant independent laboratory testing results for cannabis strains under development at Kaya Farms™, brand and product development for a number of Kaya owned cannabis brands which KAYS plans to bring to market during 2019-2020 and progress in the development of Kaya Shack™ retail Cannabis Store Franchise sales in Canada.

Pending approval of our production and processing license, the Company has made advances in the development of its Kumba Extracts, Syzygy Extracts, Pakalolo Juice Company and Kaya Yums brands of extracts, oils, vape cartridges, beverages and a variety of edibles, respectively. The brands join the Company’s Kaya Buddies™ pre-rolls, Kaya Gear t-shirts, and Really Happy Glass accessories already available at Kaya Shack™ stores. Upon successful completion of financing and licensing, KAYS intends to begin bringing the new products to market in 2019, with a multi-state rollout planned in 2020 to the extent permitted by U.S. legal infrastructure.

KAYS has retained the Toronto, Canada based law firm of Garfinkle Biderman to prepare the Franchise Disclosure Documents (“FDD”) and related items for the sale of Kaya Shack™ Cannabis Store franchises in Canada, which is the only G7 country that has legalized both medical and recreational cannabis production, sale and use on a national level. KAYS is near completion of negotiations with a leading franchise and real estate brokerage firm to lead the initial effort, which will most likely begin in the Province of British Columbia, and advance to other Provinces as license allocations are developed by the Canadian authorities. We expect the franchise sale and placement effort throughout Canada to progress over the next 3-18 months. KAYS plans to ultimately expand its franchise operations to the U.S., as regulations and laws permit.

The Kaya Holdings Annual Shareholder Call, originally slated for late December 2018/ early January 2019 was postponed due to pending developments with our International division and opportunities in Canada. We apologize for the delay and anticipate  announcing a firm date within the next 3 weeks. Interested parties are advised to go to www.kayashack.com and register for KAYS updates; a confirmation email and participation code will be sent out to all shareholders and interested parties as soon as the date is set.

About Kaya Holdings, Inc. (www.kayaholdings.com) and the Kaya Shack™ brand (www.kayashack.com) of licensed medical and recreational marijuana stores: The Company also owns a 26-acre parcel in Lebanon, Linn County, Oregon, which it purchased in August 2017 on which it intends to construct a cultivation and production facility. We filed for zoning and land use approval in early 2018, and after numerous regulatory challenges and delays, we finally received zoning and land use approval in January,2019 to build an 85,000-square foot Kaya Farms™ greenhouse grow and production facility. Kaya Farms has begun designing the facility for maximum production of approximately 100,000 pounds annually, should recent efforts by Oregon state officials to enable export, or Federal decriminalization permit Oregon cannabis farms to maximize capacity.The Company maintains a genetics library of over 30 strains of cannabis it has developed and has also formulated various edibles, cannabis derivatives and marijuana cigarettes under the “Kaya” brand name.Oregon has “paused” the acceptance of new license applications, but the law allows the existing licenses to be sold and/or moved from one physical location to another.

KAYS is presently evaluating how best to utilize these assets to form a network that will not only maximize our penetration of the Oregon Cannabis market but serve as the backbone to grow our U.S. Operations across state lines through the rollout of proprietary brands. KAYS has initiated paperwork with the OLCC to temporarily close one of the three outlets in Salem (store #3 in North Salem) and hopes to move that license to its Eugene, Oregon Sunstone Farms legal recreational and medical marijuana production and processing facility where it would be operated as a Kaya Farms Store™ which would allow it to also serve as a delivery hub to service the City of Eugene.Additionally, the Company is exploring opportunities to expand its operations beyond Oregon by replicating its Kaya Shack™ brand retail outlets through franchising in other states where recreational cannabis use is legal or expected to become legal in the near term, as well as in Canada, where it is legal nationwide.IMPORTANT DISCLOSURE: KAYS is planning execution of its stated business objectives in accordance with current understanding of State and Local Laws and Federal Enforcement Policies and Priorities as it relates to Marijuana (as outlined in the Justice Department’s U.S. Attorney General Jeff Sessions Memo dated January 4, 2018, and subsequent commentary from the U.S. Attorney for the District of Oregon Billy Williams), and plans to proceed cautiously with respect to legal and compliance issues.

Potential investors and shareholders are cautioned that KAYS and MJAI will obtain advice of counsel prior to actualizing any portion of their business plan (including but not limited to license applications for the cultivation, distribution or sale of marijuana products, engaging in said activities or acquiring existing Cannabis production/sales operations). Advice of counsel with regard to specific activities of KAYS, Federal, State or Local legal action or changes in Federal Government Policy and/or State and Local Laws may adversely affect business operations and shareholder value. 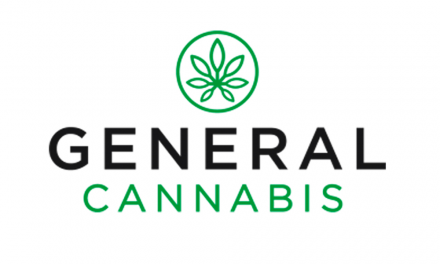