The Franchise Academy has the knowledge, expertise, network and dedication to assist select franchisors to enter the Canadian market.

The Franchise Academy (http://www.franchiseacademy.ca) and its founder Shawn Saraga, is a member and national sponsor of the Canadian Franchise Association. With over 15 years of industry experience and having successfully closed over 700 franchise agreements and leases across Canada, the Franchise Academy has the knowledge, expertise, network and dedication to assist select franchisors to enter the Canadian market.

By leveraging the experience and sales reach of the Franchise Academy, as well as the accessibility and likability of the Kaya Shack™ brand legal marijuana and retail concept, the Franchise Academy has advised KAYS that it estimates development goals could be as high as 75-100 Kaya Shack™ retail cannabis stores in Canada by 2024, subject to regulatory approval and market acceptance.

“This agreement draws together the last critical component we need to begin our franchise program in Canada. We are grateful to Shawn and the entire Franchise Academy team for their enthusiasm, focus and helpful recommendations. We are confident in their abilities and know-how and are pleased we have gained their confidence,” commented Kaya CEO Craig Frank. “This agreement marks another step in executing our strategic shift, undertaken in response to new and emerging market conditions and designed to reinstate our vibrancy and relevance as market leaders and innovators. We believe that the Canadian franchise program will serve as the foundation for our growth in the United States and globally, as regulations permit.”

We intend to structure the capital raise in a manner to limit dilution to current investors, while allowing them to benefit from our deployment of new capital to fund growth.  While we have not finalized the structure and terms of the offering, we anticipate that it will include both shares of KAYS stock as well as shares in Kaya Brands International, the majority-owned subsidiary we intend to form for our planned Canadian business operations.

The Kaya Holdings Annual Shareholder Call, originally slated for late December 2018/early January 2019 was postponed due to pending developments with our International division and opportunities in Canada. We apologize for the delay. Interested parties are advised to go to www.kayashack.com and register for KAYS updates; a confirmation email and participation code will be sent out to all shareholders and interested parties as soon as the date is set.

KAYS (OTCQB: KAYS), through subsidiaries, produces, distributes or sells legal premium medical and recreational cannabis products, including flower, concentrates and oils, and cannabis-infused foods. In 2014, KAYS, became the first publicly traded company to own and operate a Medical Marijuana Dispensary.

KAYS has expanded and presently operates three Kaya Shack™ OLCC licensed marijuana retail stores to service the legal medical and recreational marijuana market in Oregon (www.kayashack.com), has developed its own proprietary Kaya Farms™ strains of cannabis, which it grows and produces (together with edibles and other cannabis derivatives) at its Eugene, Oregon licensed recreational and medical marijuana production and processing facility, which it acquired in October 2018 and is operating pursuant to a management agreement pending OLCC approval to reissue the license to MJAI Oregon 1, LLC (KAYS’ main Oregon Operating Subsidiary).

The Company also owns a 26-acre parcel in Lebanon, Linn County, Oregon, which it purchased in August 2017 on which it intends to construct a cultivation and production facility. KAYS filed for zoning and land use approval in early 2018, and after numerous regulatory challenges and delays, we finally received zoning and land use approval in January, 2019 to build an 85,000-square foot Kaya Farms™ greenhouse grow and production facility.

Additionally, the Company is exploring opportunities to expand its operations beyond Oregon by replicating its Kaya Shack™ brand retail outlets through franchising in other states where recreational cannabis use is legal or expected to become legal in the near term, as well as in Canada, where it is legal nationwide.KAYS has retained the Toronto, Canada based law firm of Garfinkle Biderman, LLP to prepare the Franchise Disclosure Documents (“FDD”) and related items for the sale of Kaya Shack™ cannabis store franchises in Canada, which is the only G7 country that has legalized both medical and recreational cannabis production, sale and use on a national level.

We expect the franchise sale and placement effort throughout Canada to progress over the next 3-18 months. KAYS plans to ultimately expand its franchise operations to the U.S., as regulations and laws permit.

KAYS is planning execution of its stated business objectives in accordance with current understanding of state and local laws and federal enforcement policies and priorities as it relates to marijuana. Potential investors and shareholders are cautioned that KAYS and MJAI will obtain advice of counsel prior to actualizing any portion of their business plan (including but not limited to license applications for the cultivation, distribution or sale of marijuana products, engaging in said activities or acquiring existing cannabis production/sales operations). Advice of counsel with regard to specific activities of KAYS, federal, state or local legal action or changes in federal government policy and/or state and local laws may adversely affect business operations and shareholder value. 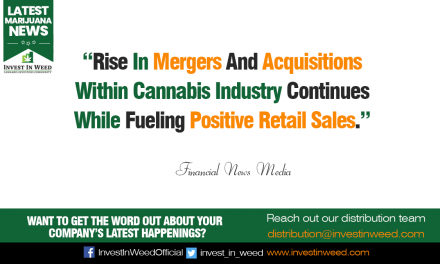