Significant improvement in operating performance – Revenue up 69%; Adjusted EBITDA up 76%
Planned consolidation of cannabis operations under MariMed banner advancing on schedule
The launch of MariMed Hemp operations including the development of CBD brands and products
Conversion of debt investment in GenCanna Global Inc. to a significant equity ownership interest.

Partially offsetting the GenCanna earnings was a higher net interest expense in the first quarter of 2019 compared to the same period in 2018 due to higher borrowings to fund growth.The consolidation of MariMed’s client operations under management in Massachusetts, Illinois, Nevada, and Maryland is progressing as planned, and is expected to be completed over the next several months. The Company received Massachusetts state approval to be issued 100% of stock of ARL Healthcare, Inc., which holds a provisional RMD state cannabis license.

The build-out of ARL Healthcare’s 70,000 sq. ft., state of the art cultivation and production facility in New Bedford and its 6,000 ft. dispensary in Middleborough, are substantially completed and awaiting final state approval to commence operations. Two additional dispensaries under this license in the Boston metropolitan area are in development. The Company is awaiting state approval to complete the transfer of ownership for its Illinois, Nevada, and Maryland managed operations.

Upon the transfer of ownership of these licensed cannabis companies to MariMed, the company will be reporting the revenue and EBITDA from those operations. The imminent opening of its Massachusetts cannabis business operations as well as the steady increase of revenue in Maryland will have a positive impact on MariMed’s operating results going forward.

Financial Strength–MariMed’s balance sheet continued to strengthen during the first quarter. Total assets, grew 17.6% during the quarter to $97.6 million, compared to $83.0 million at December 31, 2018. To help fund growth initiatives, the company raised $8.37 million in financing activities during the quarter, principally from sales of common stock and promissory notes.MariMed Inc. also took strategic steps in the hemp-based CBD market to complement its existing seed-to-sale cannabis operations.

They included:Establishment of MariMed Hemp Inc., a wholly owned subsidiary of MariMed, Inc. to leverage significant opportunities in the hemp-based CBD market for health and wellness products, made possible by the legalization of industrial hemp and its derivatives in the Farm Bill of 2018 (signed into law December 2018).MariMed Hemp is developing new and innovative CBD brands and products that will be distributed to retailers and through representatives to health and medical businesses.Conversion of debentures in GenCanna Global Inc. into a significant equity position in GenCanna, an industry leader in vertically integrated hemp cultivation and one of the nation’s largest producers of GMP compliant CBD products.

MariMed CEO Bob Fireman noted, “We continue to see dynamic growth in our cannabis operations, even as we have become a significant early mover in the burgeoning CBD health and wellness market. We are encouraged by our continued strong operating performance, and look forward to realizing the benefits of investments and initiatives undertaken over the last two quarters, which include the ongoing consolidation of cannabis operations, the opening of additional cannabis facilities in several states, expanding the licensing of our brands and products into additional licensed states, and our multi-pronged entry into the CBD market.”

MariMed, Inc. is dedicated to improving health and wellness with the highest quality hemp and cannabis products. The company offers a full range of cannabis products, operates state of the art cannabis dispensaries in six states, and has recently announced the formation of a separate division, MariMed Hemp is focused on the development of industrial hemp-derived CBD products. MariMed owns a significant stake in Kentucky-based GenCanna Global, a recognized genetic innovator in industrial hemp.

Across its branded products, MariMed is in the forefront of precision dosed products for the treatment of specific medical symptoms. MariMed currently distributes its branded hemp and CBD products in select states and is expanding licensing and distribution to numerous additional markets encompassing thousands of dispensaries, pharmacies and wholesalers.

This release contains certain forward-looking statements and information relating to MariMed Inc. that is based on the beliefs of MariMed Inc.’s management, as well as assumptions made by and information currently available to the Company. Such statements reflect the current views of the Company with respect to future events including estimates and projections about its business based on certain assumptions of its management, including those described in this Release. These statements are not guarantees of future performance and involve risk and uncertainties that are difficult to predict, including, among other factors, changes in demand for the Company’s services and products, changes in the law and its enforcement and changes in the economic environment. Additional risk factors are included in the Company’s public filings with the SEC. Should one or more of these underlying assumptions prove incorrect, actual results may vary materially from those described herein as “hoped,” “anticipated,” “believed,” “planned, “estimated,” “preparing,” “potential,” “expected,” “looks” or words of a similar nature. The Company does not intend to update these forward-looking statements. None of the content of any of the websites referred to herein (even if a link is provided for your convenience) is incorporated into this release and the Company assumes no responsibility for any of such content. 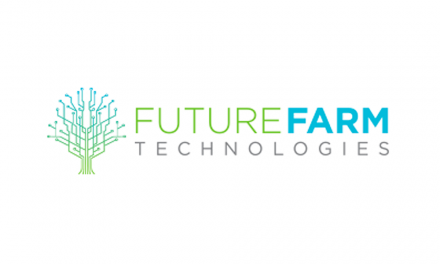