Warren Buffett has made a name for himself as a thrift investor who has amassed billions of dollars through long-term investments. He’s given infallible advice to would be investors by sharing practical rules that have worked for him.

One of his popular quotes goes like, “Risk comes from not knowing what you are doing.” Therefore if you wish to make less risky investments, be deliberate and diligent in searching for information about what you want to invest in. That said, it’s time to find out what’s happening in the world pot stocks.

Generally, pot stocks have had a good start in 2019 with most firms hitting all-time highs. However, according to Bank of America Merrill Lynch(BAML), some of these stocks have risen too far, too fast – a worrying trend that could be costly to investors should the prices dip. This is not a far-fetched reality given that some individual stocks have already dipped, presenting buying opportunities for investors.

According to the Barron’s, some of the stocks that present a buy rating, at least in the short term include Canadian Aurora Cannabis, Canopy Growth, and Hexo. In addition to the trio, Investopedia cites that several stocks analysts have predicted that Charlotte’s Web Holdings Inc. and Tilray Inc. are likely to experience bullish trends. 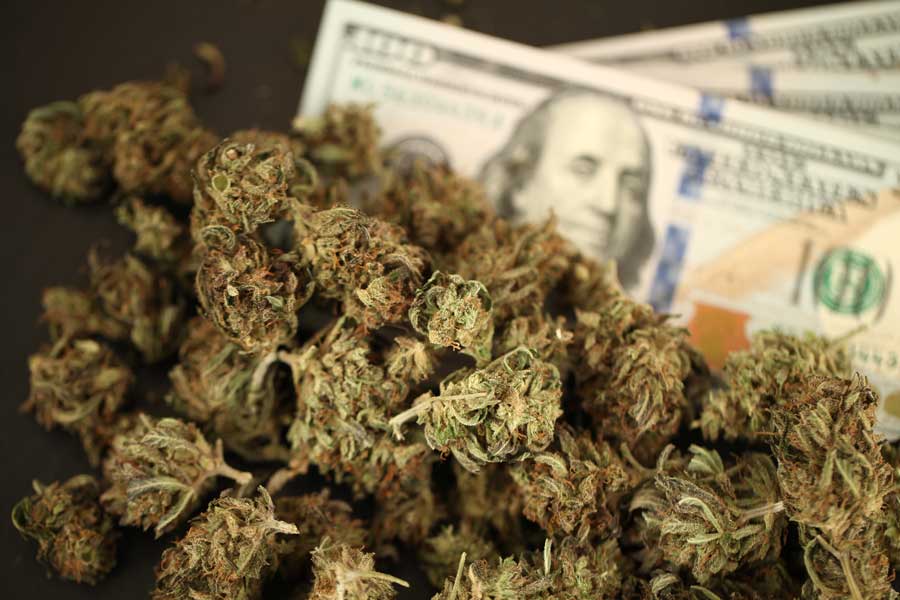 Challenges that persist – at least in the short term

The marijuana industry is currently operating at the backdrop of legislative uncertainties. For instance, while Canada has authorized medical marijuana, there still lacks the right infrastructure to meet the legal demand. This is according to Christopher Carey of Bank of America Merrill Lynch. This can be attributed to the fact that the industry is still at its infancy stages.

On the other hand, while the U.S. remains a top market for marijuana, the federal government still maintains that the commodity is illegal in spite of individual states legalizing it. This situation has brought in some level of uncertainty in the industry thus scaring away some investors.

A glimpse into the future

In his analysis, Carey says that the challenges facing the Canadian weed distribution channel are likely to persist. This is will force firms with enough capital to seek new markets such as the U.S. and Europe. Moreover, with more jurisdictions embracing the move to legalize marijuana, new markets are likely to open up.

However, as BAML observes, this is likely to spark increase production of cannabis thereby result in oversupply. Just like any other commodity, this will see the prices fall. Until then, the prices of pot stock will continue to outperform given the current scarcity of the commodity.

As a word of caution to investors, Barron’s state that it may be too early to determine the specific long-term winners in the pot stocks. One of the reasons behind this is that company dynamics such as new partnerships and new inventions can change the fortunes of a firm for better or worse. This will necessitate investors to be on the lookout for cannabis stocks news so as to know which ones are likely to fall or increase in value.

20 Up-and-Comers to Watch in the Marijuana Stocks Industry

Looking for a marijuana industry career? Here is how to get ready.