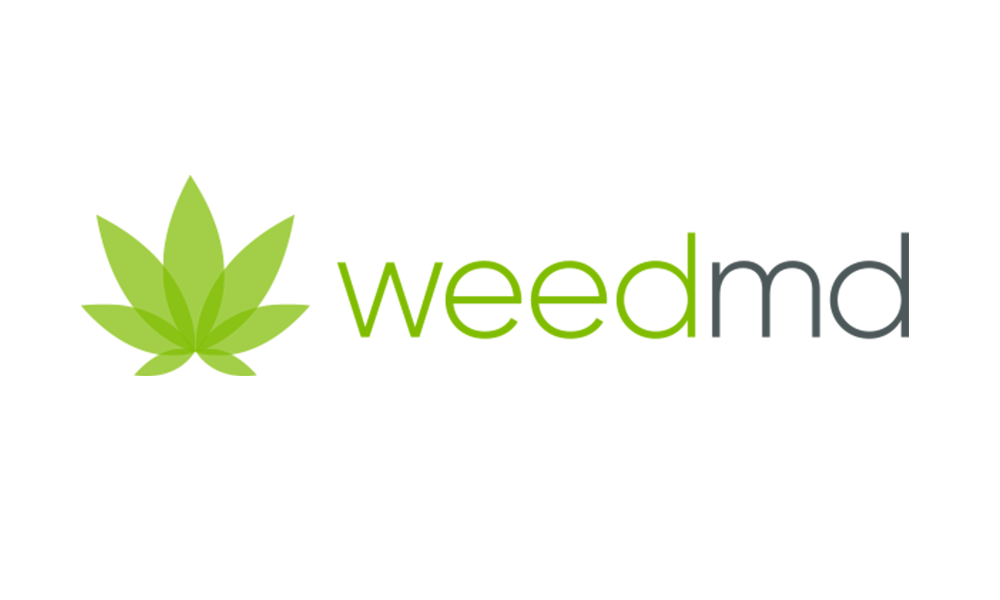 WeedMD reports revenues of $8.2M in its second year of operations representing a year-over-year increase of 465%.

TORONTO, May 01, 2019 (GLOBE NEWSWIRE) — WeedMD Inc. (TSX-V:WMD) (OTCQX:WDDMF) (FSE:4WE) (“WeedMD” or the “Company”), a federally-licensed producer and distributor of medical-grade cannabis, is pleased to report its financial results for the fourth quarter and fiscal year ending December 31, 2018. WeedMD reports revenues of $8.2M in its second year of operations representing a year-over-year increase of 465%.

Revenues were driven by a combination of increased cannabis sales to medical patients, supply agreements for Canada’s adult-use market in addition to the sale of wholesale cannabis and genetics to other licensed producers. The Company is well financed with a strong cash balance of $21.2M as of December 31, 2018.

The company announced a retail sales distribution agreement with Lifford Cannabis Solutions, led by cannabis advocate, influencer and media personality Lisa Campbell, for British Columbia and Alberta. WeedMD entered into an agreement to become a medical cannabis supplier to Shoppers Drug Mart. It delivered first shipments of WeedMD-branded cannabis for the launch of adult-use market on October 17, 2018.

Greenhouse Construction Timetable: The ramp up of the Strathroy facility continues on schedule as follows:as of December 31, 2018, the Company had secured cultivation licences for Phase 1 and Phase II, providing 110,000 sq. ft. of production space with 10 hybrid-greenhouse cultivation rooms, including clone and vegetation rooms, in full cultivation submitted an amendment to Strathroy licence for Phase III of its expansion, including licensing an additional 10 rooms, or 110,000 sq. ft. of production space, expecting to begin cultivation in June 2019.

The company anticipates completion of Phase IV construction of two large greenhouse rooms by end of Q2-2019, adding a further 308,000 sq. ft. of cultivation capacity and planning to plant and harvest in 2019. On March 27, 2019, the company announced plans to launch outdoor cultivation on its 98-acre Strathroy property with plans to grow on 27 acres of workable land to be planted in June and harvested in Fall 2019 and an additional 23 acres in 2020on April 10, 2019 The company subsequently announced the purchase of an additional 60 acres of adjacent land bringing total planned outdoor cultivation space to more than 100 acres or 100,000 kgs in 2020.

Strathroy Cultivation Expansion & 2019 Harvest Schedule: “Our team achieved a number of key milestones in 2018 as we rapidly built out and licensed our industry-leading production platform in record time to address the onset of the adult-use market. We signed key supply agreements with six provinces and added Shoppers Drug Mart to our distribution network. With our focus on operational excellence, we added key members to round out a formidable leadership team,” said Keith Merker, CEO of WeedMD. “Our solid base of operations and rapidly expanding production platforms sets the pace for completing our build out this year. With our greenhouse and outdoor platforms, WeedMD is well-positioned for very significant organic growth in 2019. We look forward to taking WeedMD to the next level with the launch of new brands, the roll out of new products, the build out of an international presence in addition to expanding our extraction and processing operations whilst exploring M&A opportunities to drive shareholder value.”

The Company’s financial statements and related management’s discussion and analysis for the period are available under the Company’s profile on SEDAR at www.sedar.com. All amounts are expressed in Canadian dollars and are in accordance with International Financial Reporting Standards unless otherwise noted.For more information, access WeedMD’s investor presentation here and recently updated corporate video here.

WeedMD Inc. is the publicly-traded parent company of WeedMD Rx Inc., a federally-licensed producer and distributor of cannabis products for both the medical and adult-use markets. The Company owns and operates two facilities: a 26,000 sq. ft. indoor facility in Aylmer, Ontario and a 158-acre state-of-the-art greenhouse and outdoor facility located in Strathroy, Ontario. The Company currently has 136,000 square feet of licensed production space across its facilities and is expected to have a total footprint of more than 550,000 square feet of indoor and greenhouse production in addition to more than 25 acres of outdoor cultivation space online in the first half of 2019. WeedMD has a multi-channeled distribution strategy that includes selling directly to medical patients, strategic relationships across the seniors’ market and supply agreements with Shoppers Drug Mart as well as six provincial distribution agencies.

To learn more, visit us at www.weedmd.com