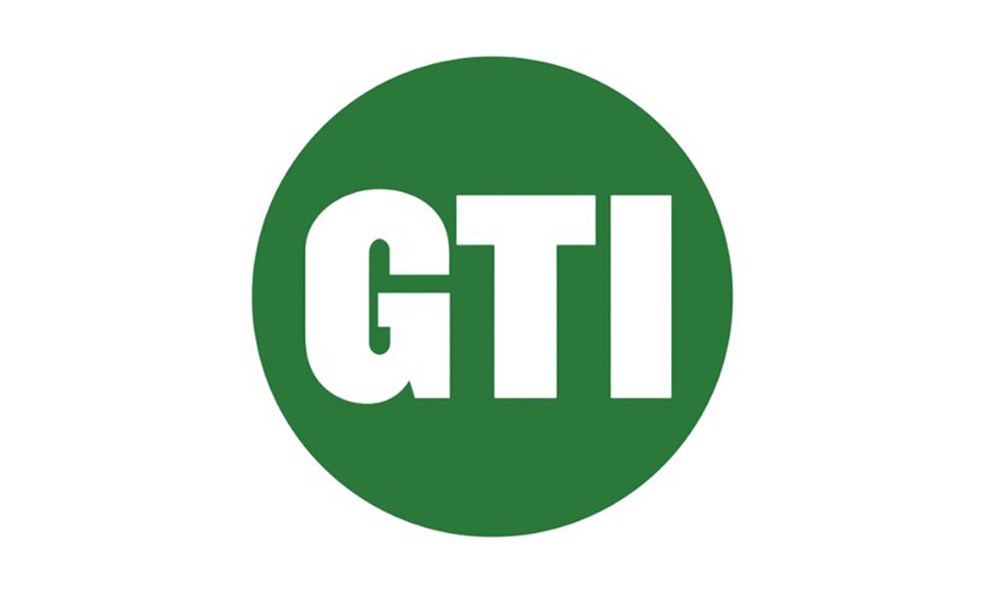 Closed previously announced acquisition of Integral Associates to scale distribution of brand portfolio to Nevada and California. Retail expansion accelerates with the opening of six new stores in the quarter and nine new Rise™ stores since April 1 across Ohio, Florida and Pennsylvania. Retail expansion into California with three license wins in key markets.

Second quarter 2019 revenue increased 228% year-over-year to $44.7 million. Quarter-over-quarter revenue increased 60%, a record sequential growth for GTI. Revenue growth was driven by organic growth across the Company’s consumer products and retail businesses, strategic acquisitions and increased store traffic. Gross margins before biological adjustments for the second quarter 2019 improved to 52% from 46% in the prior year and from 47% in the prior quarter due to increased operating efficiencies as the business continues to scale.

Net loss for the second quarter 2019 was $22.2 million, as compared to net loss of $9.7 million in the first quarter 2019, primarily due to a decrease in value from a variable note receivable in other income (expense) and debt-related interest expenses. EBITDA1 and Adjusted Operating EBITDA1 for the quarter, as described in the accompanying financial table, was a loss of $9.4 million and a gain of $5.0 million, respectively.   Current assets totaled $189.2 million and included cash and cash equivalents of $135.8 million.

“We are pleased to report another solid quarter of positive yet disciplined momentum with record revenue and positive adjusted operating EBITDA as our strategic plan delivers on operating efficiencies from scale. Continued execution of key priorities such as the closing of Integral Associates, accelerated store openings, and expanded distribution of our brand portfolio sets us up well for the future,” said GTI Founder and Chief Executive Officer Ben Kovler.

“We are deep in the chapter of maximizing the levers in our business to drive long-term operational performance that delivers value for our shareholders and the communities in which we operate,” Kovler continued. “We are focused on optimizing our wholesale and retail businesses, integrating our acquisitions, and further strengthening compliance across the organization. We are pleased to see many of these efforts already bearing fruit as we head into the second half of 2019 and I want to thank our team for all of their hard work.”

GTI’s family of consumer brands spans across THC and CBD product categories and consumption methods and includes: Rythm, The Feel Collection, Dogwalkers, incredibles, Dr. Solomon’s and Beboe. As of June 30th, GTI’s consumer brands are sold in cannabis retail stores in nine states, including its own Rise™ and Essence retail stores.Sales of GTI’s brand portfolio increased 276% over prior year and 70% quarter-over-quarter driven by a combination of market growth and new distribution of the company’s brand portfolio. Capacity expansion efforts in Pennsylvania, Illinois, and Massachusetts are progressing according to plan.In April, GTI launched Beboe Therapies, a luxury CBD-infused skin-care line that is formulated with the same high-potency, high-quality CBD found in Beboe’s premium vaporizer pens and pastilles and is available online and at select luxury retailers.On June 5th, GTI successfully completed the acquisition of Integral Associates LLC, with integration efforts and synergies progressing on schedule.

The cultivation operation will be located in Toledo as part of a processing and manufacturing facility that will also produce GTI’s branded product portfolio.Subsequent to the quarter on August 23rd, GTI closed on the acquisition of New York-based Fiorello Pharmaceuticals Inc. which includes one of only ten licenses for a cultivation and manufacturing facility in Schenectady County, allowing the production and distribution of GTI’s brand portfolio throughout the state.

Comparable sales (stores open for at least 12 months) exceeded 50% off a store base of 13 stores, driven by transaction growth and higher average ticket sales. Quarter over quarter comparable sales were up 27% off a store base of 15 stores.During the quarter, GTI launched a re-brand of its Rise™ retail concept to further contemporize, innovate and elevate the consumer experience to empower the right to wellness. The re-brand brings an enhanced look and feel while staying true to providing outstanding customer service, product selection and authentic customer experiences.

Pennsylvania: Opened two Rise™ stores in Latrobe and Mechanicsburg, bringing total open stores in the state to six with licenses to open 12 additional locations. Plans are on track with previous guidance to open approximately 15 to 20 new stores in 2019 with anticipated total store count in the range of 35 to 40 at year end. Including the recent New York license acquisition, the Company currently has 31 open stores across the nation with licenses to open a total of 95 locations.On May 12th, Rise™ Amherst began adult-use sales in Massachusetts, boosting store traffic and sales.

Amherst is the highest populated municipality in Hampshire County and home to the Five College Consortium in Western Massachusetts.On May 15th, GTI acquired Evergreen Dispensary, LLC., owner of Salveo Health & Wellness, a retail store located in Canton, Illinois.On June 25th, the Cannabis Regulation and Tax Act was signed into law in Illinois, legalizing adult use sales beginning January 1, 2020, and granting current operators the option to open one additional retail store per license.During and subsequent to the quarter, further deepened the retail footprint in Southern California through key retail license wins in Pasadena, Culver City, and West Hollywood, which also includes a consumption lounge.Subsequent to the quarter on August 23rd, GTI closed on the acquisition of New York-based Fiorello Pharmaceuticals Inc., which includes four retail stores in highly trafficked areas in Manhattan, Rochester, Halfmoon and Nassau County, three of which are open.

Following the closing of the acquisition of Integral Associates on June 5th, the company’s co-founders Armen Yemenidijian and Alex Yemenidijian, joined GTI as President and Director, respectively. Armen was the co-founder and CEO of Integral Associates, Nevada’s leading operator. Alex was previously the Chairman of the Board and Chief Executive Officer of Tropicana Las Vegas Hotel & Casino, Inc. and Chairman of the Board and Chief Executive Officer of Metro-Goldwyn-Mayer Inc.Subsequent to the quarter, GTI’s executive leadership team expanded with the addition of Julie Knudson as Chief People Officer, overseeing talent acquisition and culture and engagement initiatives. Julie brings an extensive business background including leadership in premier market-leading organizations, publicly traded companies and high-growth entities ranging from early-stage companies to Fortune 500 C-suite experience, most recently as Chief Human Resources Officer of General Growth Properties.

On May 23rd, GTI closed a $105.5 million senior secured non-brokered private placement debt financing through the issuance of senior secured notes (the “Notes”). The financing will be used for general working capital purposes, strategic growth initiatives, and to retire the Company’s existing debt. The Notes have a maturity date of May 22, 2022, and will bear interest at 12% per annum, payable quarterly, with an option, at the discretion of the Company, to extend an additional 12 months. The Company also has the ability to raise an additional approximately $45 million under the terms of this note six months from the initial date of close.

Total revenue for the second quarter of 2019 was $44.7 million, up 228% from $13.6 million for the second quarter of 2018 and up 60% from $27.9 million for the first quarter of 2019. Revenue growth was driven by the distribution expansion of GTI’s branded product portfolio to third-party retailers, the addition of Integral Associates in Nevada, and increased store traffic to GTI’s 25 open and operating retail stores, particularly in Illinois and Pennsylvania.In the second quarter, GTI generated revenue from ten of its twelve markets: Nevada, Illinois, Pennsylvania, Massachusetts, Florida, Maryland, Connecticut, California, Ohio and Colorado.

The Company also made capital investments related to the build out of new markets in New York and New Jersey, in preparation for revenue generation over the next six months.Gross profit before biological asset adjustment for the second quarter was $23.2 million or 52%, as compared to $6.3 million or 46% for the same period last year. Gross margin improvement was driven primarily by increased operating efficiencies.

Gross profit after net gains on biological asset transformation for the second quarter was $22.6 million or 50% as compared to $6.9 million or 50% for the same period last year.Total operating expenses for the second quarter were $32.5 million, as compared to $12.1 million for the same period last year and $26.1 million last quarter. Total operating expenses include general and administrative (“G&A”) expenses, which totaled $24.9 million for the quarter. G&A expenses include increased headcount related expenses as the Company continues to scale the business, non-recurring acquisition related expenses of $1.4 million, and non-cash expenses related to stock-based compensation of $6.3 million for the quarter.

Additional information relating to the Company’s second quarter 2019 results is available on SEDAR at www.sedar.com in the Company’s Interim Financial Statements and Management Discussion & Analysis (“MD&A”).GTI refers to certain non-IFRS financial measures such as Earnings Before Interest, Taxes, Depreciation and Amortization (EBITDA), and  adjusted operating EBITDA earnings defined as earnings before interest, taxes, depreciation, amortization, less certain non-cash equity compensation expense, including one-time transaction fees and all other non-cash items. These measures do not have any standardized meaning prescribed by IFRS and may not be comparable to similar measures presented by other issuers.

Please see the “Supplemental Information (Unaudited) Regarding Non-IFRS Financial Measures” at the end of this press release for more detailed information regarding non-IFRS financial measures.

GTI will host a conference call on Wednesday, August 28, 2019 at 5:00 pm ET to discuss its financial results for the second quarter ended June 30, 2019. The conference call may be accessed by dialing 877-273-8145 (Toll-Free) or 647-689-5400 (International) with conference ID: 2278778. A live audio webcast of the call will also be available on the Investor Relations section of GTI’s website at https://www.gtigrows.com/investors and will be archived for replay.

About Green Thumb Industries: Green Thumb Industries (GTI), a national cannabis consumer packaged goods company and retailer, is dedicated to providing dignified access to cannabis while giving back to the communities in which they serve. GTI manufactures and distributes a portfolio of branded cannabis products including Rythm, Dogwalkers, The Feel Collection, incredibles and Beboe, among others. The company also owns and operates rapidly growing national retail cannabis stores called Rise™ and Essence.

Headquartered in Chicago, Illinois, GTI has 13 manufacturing facilities, licenses for 95 retail locations and operations across 12 U.S. markets. Established in 2014, GTI employs approximately 1,200 people and serves thousands of patients and customers each year. GTI was named a Best Workplace 2018 by Crain’s Chicago Business. More information is available at GTIgrows.com.

This press release contains statements which may constitute “forward-looking information” within the meaning of applicable securities laws, including statements regarding the plans, intentions, beliefs and current expectations of GTI with respect to future business activities. Forward-looking information is often identified by the words “may,” “would,” “could,” “should,” “will,” “intend,” “plan,” “anticipate,” “believe,” “estimate,” “expect,” or similar expressions and include information regarding the future direction and business objectives of GTI. The forward‐looking information in this news release is based upon the expectations, estimates, projections, assumptions and views of future events which management believes to be reasonable in the circumstances and expectations relating to general economic and market conditions. Any forward‐looking information speaks only as of the date on which it is made, and, except as required by law, GTI does not undertake any obligation to update or revise any forward‐looking information, whether as a result of new information, future events or otherwise. The forward‐looking information in this news release is subject to a variety of known and unknown risks, uncertainties and other factors that could cause actual events or results to differ from those express or implied. When considering these forward‐looking statements, readers should keep in mind the risk factors and other cautionary statements in GTI’s public filings with the applicable securities regulatory authorities on SEDAR at www.sedar.com, including the risk factors set out in GTI’s annual information form dated July 10, 2018.The Canadian Securities Exchange does not accept responsibility for the adequacy or accuracy of this release. Source: Green Thumb Industries

What Is The Best CBD To Invest In?