What Is The Best CBD To Invest In?

CBD is the abbreviation for cannabidiol, a chemical compound present in the cannabis plant. CBD does not create intoxication, but it has medicinal benefits.

The 2018 Farm Bill authorized CBD generated from hemp at the federal level in the United States. The mere prospect of the passing of this legislation piqued the interest of investors in the stocks of CBD industry businesses.

Despite the significance of federal legalization, the U.S. Food and Drug Administration (FDA) has not yet established regulations for CBD food supplements. Consequently, the CBD opportunity in the United States has not yet met the ambitious expectations of investors. However, there is an increasing push for CBD laws to be relaxed. Even the United States Congress has proposed legislation to alter the federal regulation of CBD products.

Canopy Growth was, based on market capitalization, the largest marijuana stock in the world for a time. It continues to be one of the major corporations in the cannabis sector, holding leading positions in the Canadian medical and recreational marijuana markets, as well as the German medical cannabis market.

As long as marijuana remains illegal at the federal level, Canopy Growth cannot access the U.S. cannabis industry and keep its listing on a major U.S. stock exchange. However, the company is already a participant in the U.S. market for CBD generated from hemp.

Charlotte’s Web could be exactly up your alley if you’re searching for a pure-play CBD stock. The company was a pioneer in the hemp CBD industry in 2011, and it still has the top market share position.

Charlotte’s Web sells a variety of CBD-containing products. CBD-based bath and cosmetic products, edibles, and topicals are all offered by the company. Even CBD products for pets are available.

The company’s CBD products are sold in over 14,000 retail locations. Charlotte’s Web products are also distributed by around 8,000 healthcare professionals, and the company has a robust web presence. More than fifty percent of its overall revenue is generated via direct-to-consumer e-commerce.

Cresco Labs is a cannabis operator based in the United States that sells recreational and medical cannabis products in ten states, all of which are among the 20 most populous in the country (and with seven in the top 10).

The company is not limited to producing and selling cannabis. Cresco is also the leading U.S. wholesaler of CBD-containing cannabis goods, notably their Wonder candies.

You may be shocked to discover a pharmaceutical stock on the list of the best CBD stocks to explore. However, Jazz Pharmaceuticals has a direct and significant relationship with CBD. In 2018, Epidiolex received FDA approval as the first CBD product derived from the cannabis plant.

In fact, Jazz did not own Epidiolex at the time. In 2021, it paid $6.7 billion for GW Pharmaceuticals, which created the CBD medication used to treat epileptic seizures.

Understanding the different sorts of firms is one of the most critical elements in investing in marijuana stocks. Sometimes, ancillary firms that support the industry have even more promising possibilities than pure ventures. The Valens Company serves as an illustration.

Valens is the largest third-party cannabis extraction company in the Canadian market. Cannabis cannabinoids (including CBD) are extracted using a variety of techniques. Valens also sells its own cannabis products as part of its plan to become a top cannabis consumer packaged goods firm. 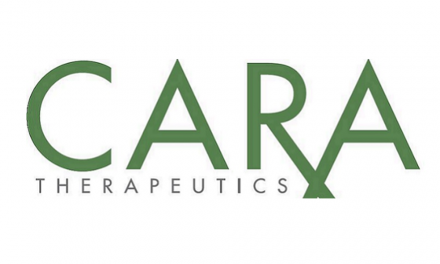 Cara Therapeutics to Present at the Jefferies 2019 Healthcare Conference